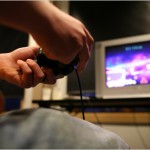 I am well aware that your child may hope that you do not read this post….especially if you have these games or your child has been begging for them.

Below is an article from the New York Times highlight games that contain excessive violence, gore and sociopathic behavior.  Ongoing continued exposure to this type of content can create a sense of “normalcy” around this type of behavior which then makes it easier for children to repeat what they are seeing and doing in real life.

Know that law enforcement experts, doctors, psychologists, educators and many others are concerned about the amount of violence children are exposed to these days—and we are horrified when violence is part of children’s video/gaming “play” activity.

Please read on and be aware of the type of content in these games and avoid having your child play them.

Written by Fabrizio Costantini for The New York Times

When it comes to video entertainment, my daughter still prefers wholesome sports, arcade and music-themed games. But many young children and teenagers are attracted to the over-the-top characters, graphics and game play found in action-thriller titles better suited for older players.

The Web site for Common Sense Media, which offers guidance on the content of movies, music and video games, offers a list of the 10 “cool” games kids want, but parents may want to veto:

A lot of this season’s most talked-about games include ones with excessive violence, negative role models, extreme gore, sociopathic behavior and other things that have been proven to have a negative effect on children.

Various studies have linked video game violence to increased aggression and excessive game playing to lower grades. But there is also no denying the dramatic and technical appeal of many of the new games on the market. A game like Dragon Age: Origins, from Electronic Arts, has won rave reviews in the gaming community for its movielike images and engaging story line. But the game is rated M for mature audiences of 17 or older, with intense violence, blood and sexual content. As the trailer shows, the game features combat, decapitations and swords plunged into the chests of both people and dragons.

To learn more about video games and ratings, go to the Web site of the Entertainment Software Rating Board. Here are 10 of the most popular games not to give to children, based on advice from Common Sense Media:

Assassin’s Creed II: Realistic action and historical accuracy, but the player takes on the role of an assassin who relies on an arsenal of weapons.

Brutal Legend: A violent cartoon fantasy action game that includes the use of a double-sided axe to hack at demonic armies.

Call of Duty: Modern Warfare 2: Contains an optional level where the player can go undercover as an enemy terrorist.

Dead Space: Extraction: Blood spurting out of victims’ bodies, human carcasses littering the floor, blood-stained walls and floors, and copious screams of torture put it over the top.

To see the full list, more detailed game summaries and 10 alternative games that are more appropriate for teenagers, read the full story on the Common Sense Web site, “10 Cool Games That Are Uncool for Kids.”